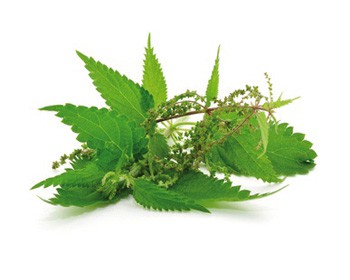 Stinging nettle is a perennial plant that is very resistant.  It’s widespread all over the world, mainly in the northern hemisphere, but it can also be found in the tropics. The nettle grows to a height of up to 1.5 metres. It’s nourished by creeping rhizomes that are yellow to orange. The stem, stalk, is straight. It isn’t branched in young plants; it branches in older plants in the upper part of the plant. The stem is hairy, as well as the leaves that have a typical jagged edge. The stem and leaves are stinging. The trichomes of the leaves and stem with acetylcholine, histamine, serotonin, leukotrienes and formic acid are responsible for stinging. Nettle has diclinous flowers, i.e., separate male and female, both types of flowers create inflorescences. Female are panicle and male are raceme. After flowering, ovoid achene emerges. For most of us, nettle is just an unpleasant stinging weed, but many consume fresh nettle, for example instead of spinach, but dried leaves and the stem are more commonly used.

Nettle contains a large number of biologically active substances, the most famous include:

From a short list of ingredients in nettles, it’s clear that its effects will be varied. We’ll only list those that are approved health claims. But it’s not all that a nettle can help you with.

Thanks to nettles, you can keep:

Excretion of water from the body