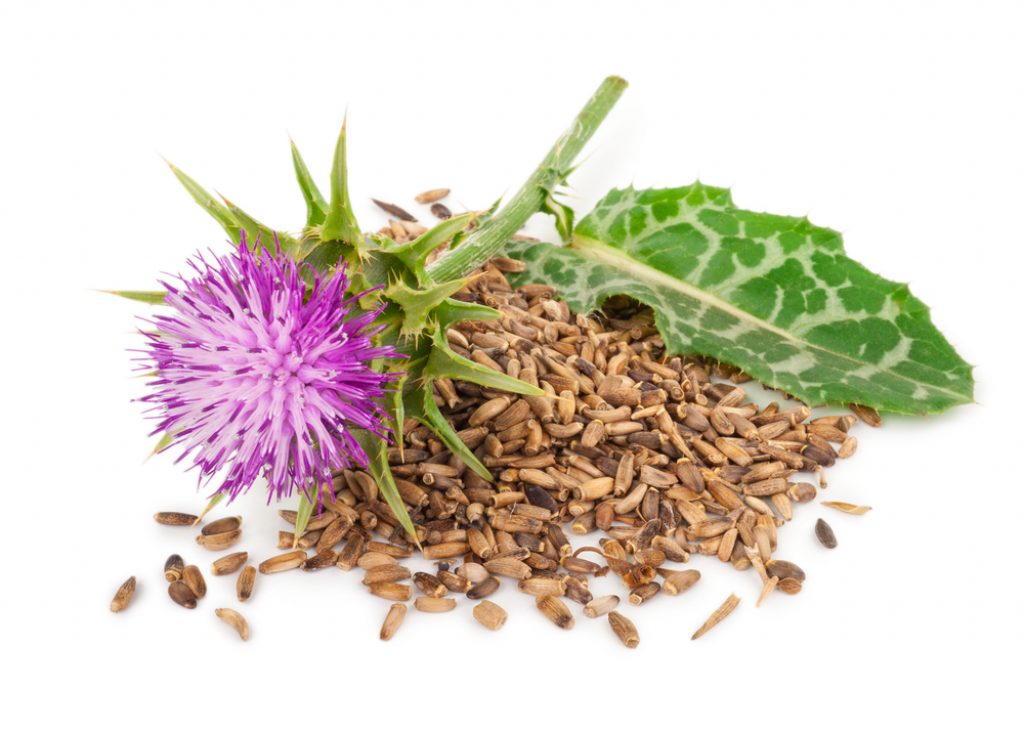 Milk thistle is an important medicinal herb, also known as blessed milkthistle, Marian thistle, Saint Mary’s thistle, etc. It’s a member of the Asteraceae family, an annual or biennial plant which can grow to be 250 cm tall, though its average height is 150 cm. The stem and leaves are hairy, and the upper part of the stem is split. The leaves are relatively large, stiff and light, and have edges. Ground leaves form rosettes. The thistle bursts into purple flowers. After it loses its blossoms, fruits are formed, i.e. hairy achenes. The plant can be found in many places. Its original home is the Canary Islands, the Mediterranean region, and Western Asia. From there, it spread into the whole world. It can grow in altitudes of up to 700 m above sea level. Frequently, milk thistle can be found in clayish soils or sandy loams as it requires soil rich in nutrients. Its wild version grows on rubble sites, in composts, etc. It’s been known for many centuries, and written records mentioned it as early as ancient Greece and Rome. It became widely used in the 16th century, mostly by healers and physicians who added it to brews, extracts and tinctures to treat issues of the abdominal cavity, i.e. stomach, gut, and liver problems. The fruits and seeds are used most predominantly; the leaves and root to a lesser degree.

Effects are strongly influenced by the composition of milk thistle’s fruits and seeds, the most frequently utilised parts. The most important substances are flavonoids and comprise the silymarin complex: silybin A, silybin B, isosilybin A, sosilybin B, silicristin, dehydrosilybin, apigenin, and silydianin. Individual flavonoids include: silandrin, silybinom, silyhermin, etc. The seeds also contain a large amount of lipids and unsaturated fatty acids, i.e. fatty acids most suitable for the human body: linoleic acid, oleic acid, palmitoleic acid, etc.

The seeds and fruits contain a lot of substances which have beneficial effects. Many studies have been done on milk thistle, both laboratory and clinical ones, in which volunteers participated.

One of the well-tested and recognised effects of milk thistle is its influence on the function of some organs and bodily processes: