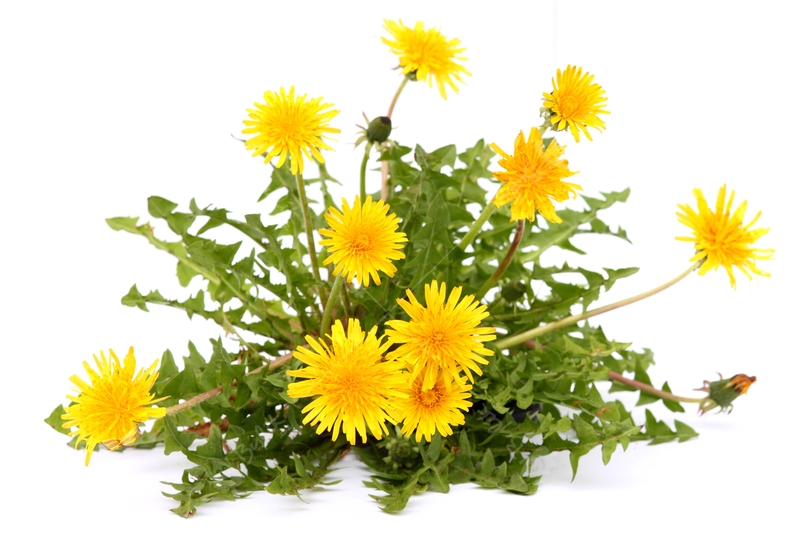 Dandelion is a well-known plant, associated with spring and summer. It’s a member of the Asteraceae family, a perennial weed that grows 5–40 cm tall and is impossible to be mistaken for other flowers. It forms deep yellow blossoms – capitulum which turns into a infructescence of tufted achenes (“blowballs”). The stem – or rather stalk – is hollow and its bottom part consists of a rosette, with lobed leaves and jagged edges. The root is spindle-shaped and light, with a storage function. The whole plant is filled with veins – a type of vegetable tissue where liquid gathers. After the plant is plucked, it exudes a typical white bitter juice, the so-called latex. Dandelion can be found in meadows, pastures, around roads, in gardens… There isn’t a place where it’d be unable to thrive. It’s common all around Europe and in western Asia. It “prefers” the temperate zone. Its role as a medicinal herb was described as early as ancient Rome.

The substances contained in a plant suggest its effects. Different parts have a different composition. Dandelions are rich in glycosides (taraxacoides), alkaloids, phenols, tannins, flavonoids (lutein derivatives), and proteins. They also contain phytosterols, minerals (calcium, magnesium, iron, silicon…), as well as vitamins A, C, D, E, and B.

Approved health claims as per the EU:

Dandelion has been thoroughly studied. Many of the studies which have been carried out over the years are very convincing, and it can be claimed that dandelion promotes: